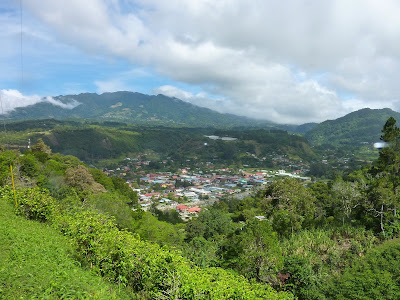 After a surprisingly easy and speedy 4-bus journey from Santa Catalina, we arrived mid-afternoon in Boquete. The difference in climate was quite noticeable due to the change in altitude – we hear they call Boquete the town of eternal spring which seems about right – the air was cool, with a gentle breeze – very pleasant after the heat and humidity of the coast.

Boquete is the Panamanian capital of coffee – which may not be saying all that much as Panama is way down the list of coffee-producing countries in terms of volume. Despite the caffeine-fuelled economy it’s a really laid-back town, probably because of the large number of Americans that have retired there in recent years. 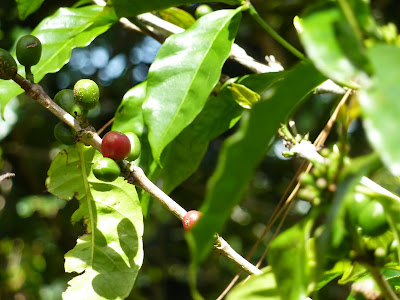 We went on a coffee plantation tour to a place that had just been voted Panama’s second best producer – their best coffee is apparently from “Geisha” beans and costs around $130 per cup… we sampled the $5-per-pack variety which still made a very good cup (although Lizzy would say no cup of coffee can be good… she tried some, but was not appreciative!). Geisha is apparently the world’s second most expensive coffee after Indonesia’s Kopi Luwak (which is part-digested by a small mammal before being excreted, dried, roasted and brewed) and grows particularly well in Boquete – Panamanian coffee apparently punches well above its weight. Having been to both countries where these coffees are grown, I am still yet to fork out for a cup of either! 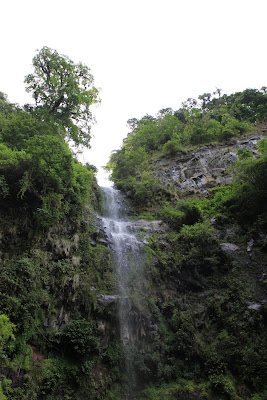 The next day, we took a bus to the start of an hour’s walk to a pretty, secluded waterfall and really enjoyed walking in the cool air, out of the sun. However there were apparently no buses running on the way back and, after waiting 90 minutes, we had to hitch a ride. The kind driver dropped us on a busier road and we were soon on another bus back to town.