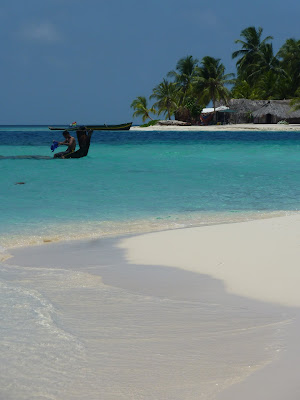 After a recommendation from the B&B owner in Panama City (more on Panama City in a later blog), we booked onto a 2-night trip to the Kuna Yala region and the San Blas archipelago that is strung along its Caribbean coast. Access to the islands, which are owned by the indigenous Kuna people, is by 4×4 and then boat, but by late morning we’d arrived at our new island home.

We’ve never been anywhere that meets the stereotypical ideal of tropical paradise quite so well. Some islands are built up with houses competing for space and hanging out over the water, but most are still just piles of sand with coconut trees on them – perhaps with a bamboo-and-palm hut or two.

The island we stayed on was about 80m in diameter, took 5 minutes to walk around and had 6 huts on it. Our hut had a sand floor, a basic bed, a slightly damp and musty mattress, a mosquito net and 2 torches. Dinners (lobster – a delicacy in other parts of the world, but standard fare here) were eaten by the light of torches, the stars and the campfire we built! 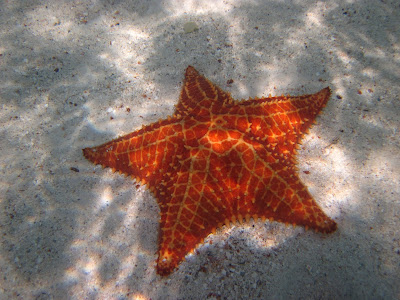 In the mornings, we toured other islands by boat – one with starfish all around its sandy shores, one that was only about 20m across and just big enough for half a dozen coconut trees, one with a shipwreck just offshore. We snorkelled around the wreck for an hour or so, admiring the coral and fish that had gathered around it. In the afternoons and evenings we relaxed in hammocks listening to the sound of the waves and the thuds of falling ripe coconuts – one of which Alex laboriously husked & opened – or chatted and played cards with our new Israeli friends – the only other tourists on the island. 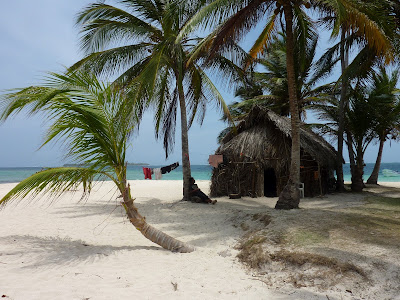 We thoroughly enjoyed our time in the area, but after 2 days and nights with no running water (fresh or otherwise) and no electricity (so no fans or A/C to keep us cool on the very muggy nights) we were quite glad to return to our excellent B&B (Mediterranean Dreams) in Panama City and have a much-needed shower. Who’d have thought that two days would ever be enough in paradise! 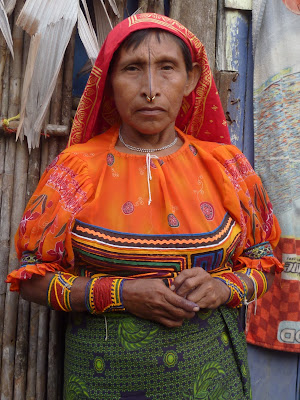