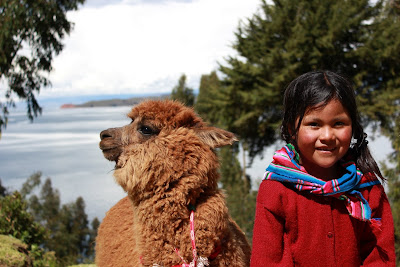 After reshuffling our plans somewhat, we arrived in Copacabana and checked into a hostel that we later realised was only half built – at least the rooms were new and relatively clean! The next morning we set off to Isla del Sol in the middle of Lake Titicaca (highest navigable / largest high-altitude lake in the world) on what seemed like the slowest boat in the world. 2.5 hours and about 500m later (some exaggeration perhaps) we arrived at the Isla and explored some underwhelming ruins – a little more information on them would have increased their whelmingness but this was mostly only available in Spanish and at extra cost. We spent the day walking and talking with some South Africans and a couple of girls from Norwich of all places. 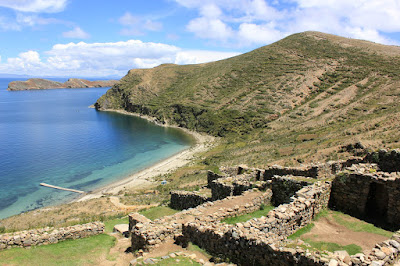 After enduring the trip back to the mainland we steeled ourselves for another night bus – this time to Cuzco in Peru (via Puno which we’d had to remove from our itinerary). The first part of the journey was highlighted by an impressive electrical storm and accompanying lightning, the latter part lowlighted by snoring, smelly people and sleeplessness.