From Medan, we ventured further north into the province of Aceh, via the 10 hour quite-comfortable-but-nowhere-near-as-good-as-a-bed night bus. Aceh and its main town Banda Aceh became famous when somewhere in the region of 150,000 people died in 3 minutes when the tsunami hit a few years back. As you stand in the low-lying city, it’s hard to imagine a wave washing over it, but at the same time easy to understand how it was so vulnerable – it is very flat and only just above sea level. Thanks to all the foreign aid, much of the city has been rebuilt and it feels like one of the nicer cities we’ve gone to – at least in terms of quality of roads, buildings etc.

We passed through Banda Aceh on our way to catch the ferry to the island of Pulau Weh which is a speedy 45-minute boat trip off the northern coast of Sumatra. The attraction for us, once more, was the beaches and the diving – and both lived up to expectations – the worst thing about the place was that we couldn’t stay more than 2 nights! 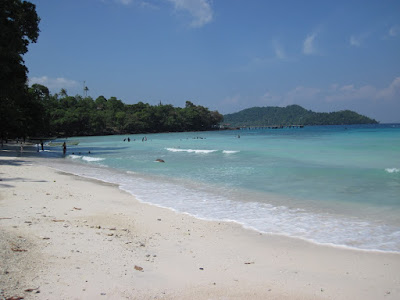 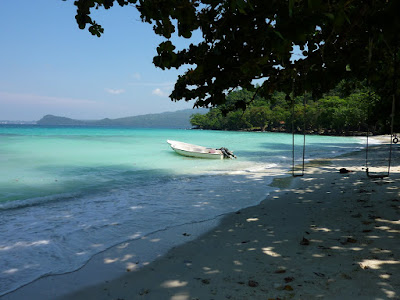 We did 2 more dives, which were both really good – loads of fish (most noteworthy one was a 1.5m long Napoleon wrasse) and lovely colourful coral (including some impressively large fans). On the last dive, Lizzy stayed down longer than me (she always uses less air) and was helping our dive master collect a huge fishing line with large hooks on it (a shark line we later found out). After it was all collected, the dive master told her to ascend on her own, which is a bit weird since you’re not meant to do that. He then stayed down for a further 20 mins whilst everyone in the boat wondered what he was up to. We never did find out, but Lizzy found it rather exciting 🙂 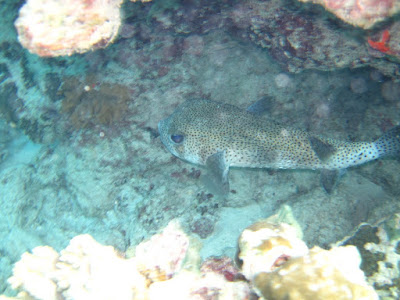 The rest of the time we spent relaxing on the beach and waiting for food to arrive – the restaurants on the beach were really slow and quite often confused. One morning we ordered a pancake, a fruit salad and a coffee. What we got was 2 fruit salads, 2 coffees and a pancake (although I think the pancake they thought was for someone else)… then later they brought out 2 more fruit salads! I don’t think anyone had a clue what was going on. Having said that, the food we had here, when it eventually turned up, was some of the best we’d had in Indonesia. 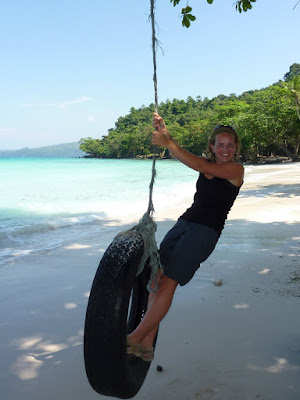 Unfortunately, no sooner had we settled in than we had to pack our bags and start the big trek to Perth, via a carefully-coordinated series of taxis, becaks, night buses, flights and a quick stop-over in a hotel in Singapore… We have 20 hours to explore Singapore, so we’d best get going!

One thought on “Pulau Weh: Beauty set against tragedy”