I wasn’t sure what I was expecting about returning to Salatiga, I guess I hoped I’d find my childhood home and maybe recognise and recall some more places and stories. I certainly wasn’t expecting what we got! 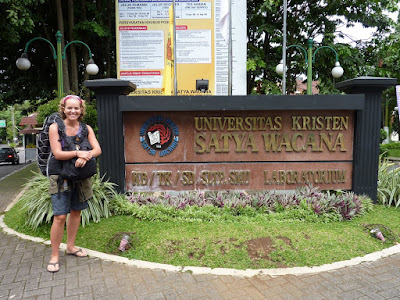 Having been told at the University where Dad lectured that the old lecturers’ compound we had lived on was now a car wash, I was fairly disappointed. Fortunately, we decided to see for ourselves and discovered it hadn’t been demolished at all :). While we pored over photos to try and establish which house we’d lived in, a lady, (Mrs Titaley – wife of the Rector as it turned out) came out of one of them (probably suspicious we were planning a robbery!) and asked if she could help us.

She remembered the name ‘Brian Hills’ and we soon had a small gathering of people around us recounting stories of ‘Brian Hills’ (and his family) – the English lecturer who wore a seatbelt (obviously at the time a very strange thing to have done!) and meticulously planned and lectured the Sciences in Indonesian. One of the guys, Ferry, was Dad’s old student (now the Dean of the Faculty of Health) and he actually recounted specific things he’d remembered Dad saying in lectures and recalled watching me and my friends playing with frogs  in the pond outside his University dorm (my fascination and love of animals obviously started young)! 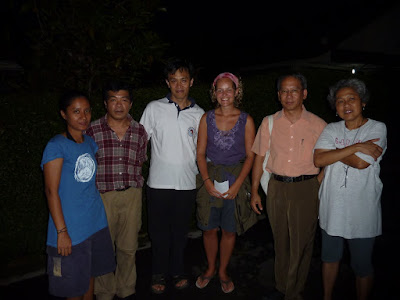 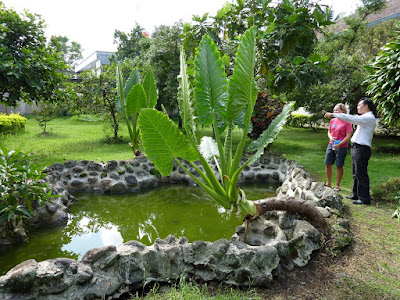 They insisted we come back the next day and Ferry showed us the lecture books Dad had written which he still had and gave us a tour of the Faculty of Health. He also interrupted the lecturers’ planning meeting to introduce us to everyone and practically offered me a job in front of them – I went as pink as my bright pink t-shirt! (They’re struggling to find Nurses to lecture as you need a Masters but I don’t think he realises I don’t have my Dad’s intellect or drive!) Next, he dropped us off with Mrs Titaley who showed us around her house (identical design to the one we lived in next door which is unfortunately pretty derelict and only lived in by visiting lecturers) and then she spent the morning showing us around the University, pointing out the kindergarten I went to and the church we attended!!! Being the wife of the Rector (the Head of the University), this was all done in the very sleek university car driven by the university driver (who’s been here since 1979 and also recalled Dad and his Daihatsu minivan)!!!!!!! She also took us to meet her husband in his office and then we were driven to see the Rector who was in charge when I lived here in the 80s!! Very very surreal-their generosity was almost embarrassing and we’ve been treated like VIPs all the way!

One thought on “A VIP trip down memory lane…”