First impressions of Java after 22 years being away-

The highlight of our first full day in Java was walking up a Volcano (Gunung Bromo). We did this before breakfast, getting up at 3:30am to reach the viewpoint for sunrise. We then walked to the crater edge and peered over into the smoke. Fortunately, they don’t sacrifice live goats or Buffalos into the crater as they do in Bali, or I might have felt the need to try and help them escape! Another highlight, for me at least, was having my Indonesian heritage recognised when they waived the National Park fee for me once I showed them my UK passport with Bandung written as my place of birth. Alex had to pay full price- ha ha! 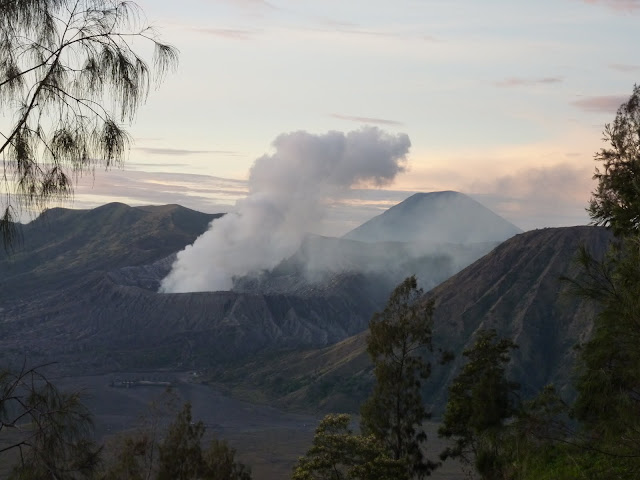 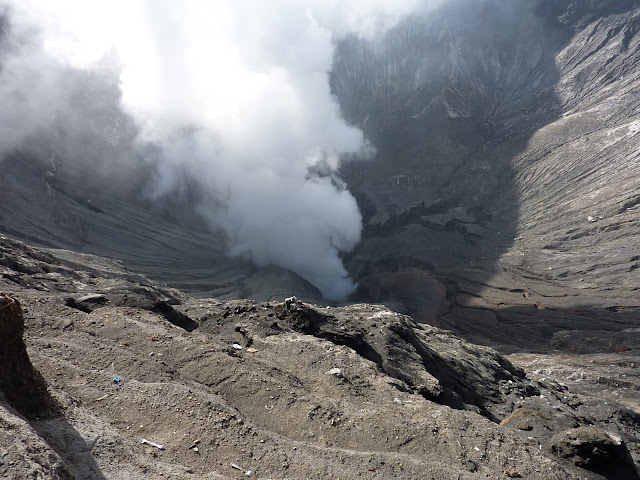 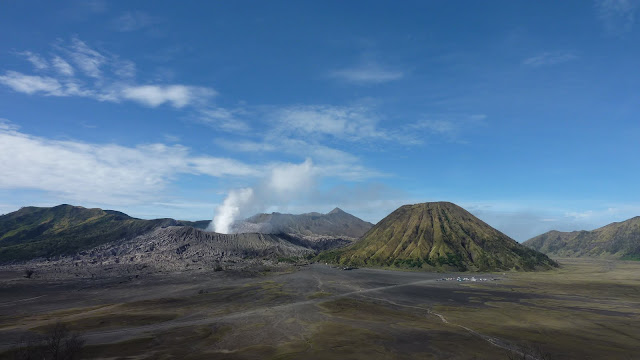 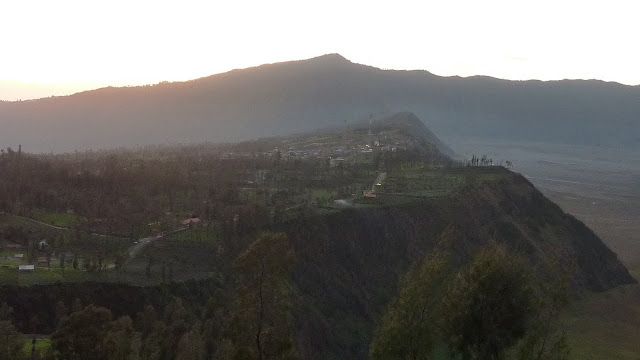 The lowlight of the day was the bus back from Bromo which nearly ended with me punching a bus driver. The bus only leaves when it’s full (15 people) so we were prepared for a bit of a wait. However, 2 hours later, there were still only two other people waiting with us, and we were starting to despair that the bus wouldn’t leave for hours or possibly till the next day. We thought we’d make use of our new found popularity and see if we could hitch a lift. Despite our bedraggled and sweaty appearance, a car stopped fairly soon and said they’d give us a lift down. Unfortunately, our bags were already on the top of the bus and it was a two person job to get them down. As suspected, whilst we did that, the bus driver walked over to the car and clearly told them not to give us a lift and they hesitantly drove off before I could drop the bag (Alex was on the bus roof) and run over to get rid of the bus driver. I was FUMING! Newspaper headlines flashed before my eyes ‘tourist faces death penalty for assaulting bus driver’ and I merely resorted to asking him several times what he thought he was doing,  giving him lots of angry stares and glares and plotting cowardly safer ways to seek revenge (which I didn’t use) Grrr! Angry Lizzy

And so started our 11 hours of bus rides! We eventually arrived in Suryakarta (a.k.a. Solo or Sala) at 10pm sweaty, tired, hungry (no meal since breakfast as there was no time between buses) and both desperately wanting to get to a clean room with a hot, freshwater shower and somewhere to wash our clothes. We settled for the ‘somewhere to wash our clothes’ – the cleanest room we found still had cigarette butts on the floor, a cockroach and peeling mouldy walls. BUT it does have a/c so we still had a very good night’s sleep 🙂